In the post-war, apocalypse-themed Japanese fiction, Tokyo, the New York of the east, usually ends up obliterated by towering Kaiju. In Ghostwire: Tokyo, however, the assault is much more subtle, leaving the concrete towers standing, affecting the hapless populace only. If King Ghidorah is the equivalent of a fission bomb that wrecks everything, quiet demonic invasion in this game and subsequent vanishing of Tokyoites is akin to the low-yield neutron device, the kind that sizzles living flesh only. You must forgive me for launching nuclear weapons analogies, but I can’t help myself these days.

Ghostwire: Tokyo, the newest title from the masters of horror at Tango Gameworks, abandons a methodical approach from The Evil Within series. Your response to bad things from beyond is fast and ultra-kinetic this time around. Instead of survival horror, they made a supernatural shooter unlike anything else on the market. Well, this isn’t entirely true. Ghostwire: Tokyo reminded me of Prototype, another open-world action game set in a doomed metropolis. Ghostwire is much less gruesome and more stylish, though, with a Japanese groove that uniquely combines folklore and modern horror. Its peculiarity is ubiquitous and genuinely one of a kind.

A second chance for life and (un)death

Instead of dying on the rain-soaked Shibuya crossing after a traffic accident, young Akito gets a second chance. A panicked ethereal being, frantically searching for a host before dissolving into nothingness, took over him. This wasn’t a classic case of malicious possession, however. The ghost of KK, a paranormal detective who spectacularly failed to prevent the demonic invasion, empowers Akito with supernatural powers that will provide both of them with a second chance in life and (un)death. As far as beginning usually goes, this one is solid. You can learn much of its backstory by playing the free prelude you can find on Steam or the PlayStation store.

Ghostwire: Tokyo sets you against the armies of “visitors” led by a mysterious man in an Hannya demon mask. He spreads the evil fog everywhere, yanking bodies and souls from anyone touching or breathing it. His troops march the streets, snuffing anyone not succumbed to it. Your and your ghostly tenant must answer the threat, drawing strength from the personal traumas. KK is dead and eager for round two against the demon lord, but Akito’s motivation is much less selfish. Hannya guy kidnapped his sister and intends to use it as a catalyst for some ghastly ritual. Saving a sibling equals saving the world in his case. 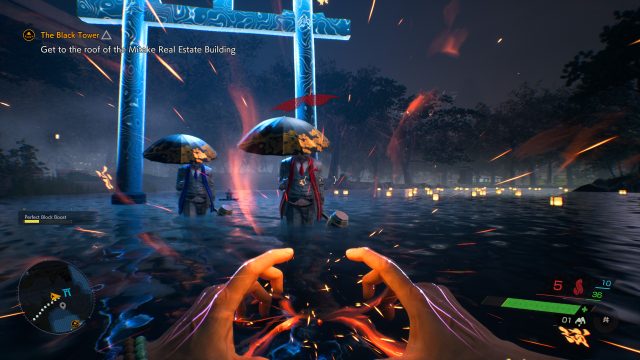 KK provides you with the ability to weave elements and channel them into magical attacks. You start with the power of the wind, but by the end of chapter two, you’ll get the air and fire equivalents. Each element serves a specific purpose. Air is universal, fast-firing, single target damage dealer; water has a wide horizontal spread, behaving like a shotgun in standard shooters; fire, with its strong AoE, is equivalent to the rocket launcher. Each element has a fast and slow attack with the wind-up time that presents the tactical tradeoff between speed and power. Sufficiently weakened visitors are vulnerable to a special “core yanking “move, a slow but deadly attack that also heals you. 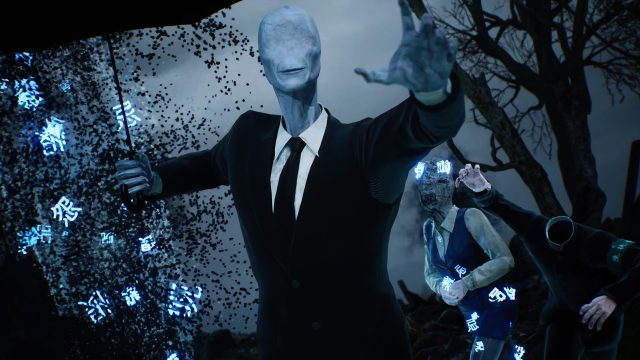 The magical menagerie you’ll encounter results from an unholy but effective marriage between ancient folklore and modern urban tropes. On one side, you have your standard Yokai, such as Tengu, Tanuki, and Nekomata. Those are generally friendly spirits, and each plays a specific role. Cat-like Nekomata, for example, are vendors, and flying Tengu serves as the anchor point for the spiritual lasso that enables you to reach rooftops.

Visitors, the unfriendly ones, manifest themselves as the representation of anguish and other bad emotional baggage. With their umbrellas, business suits, and Slender-man physique, Rain Walkers are “born from the hearts of those pushed to utter exhaustion by their work—and now rob the life force from the living. ” Headless students represent the stress usually associated with the very competitive education in modern Japan, etc. Those socio-pathological archetypes come in various sizes and power levels, providing you with an escalating challenge as the game progresses.

Opening up the world 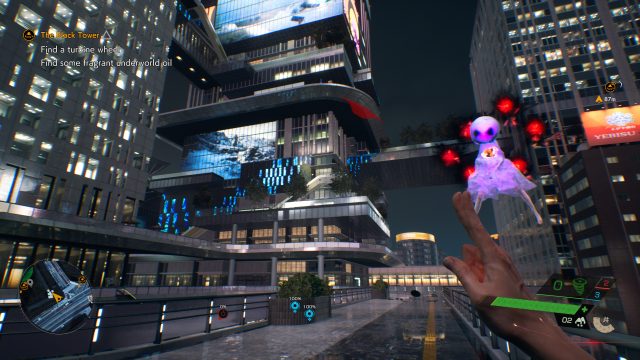 As I mentioned before, Ghostwire: Tokyo is an open-world shooter similar to Prototype. In the beginning, most of the city is engulfed in deadly fog, but you’ll deal with it via purifying Torii gates, repurposed to act as anchor points between worlds. There is a linear mission structure divided into several chapters, with lots of optional side-quests. Your motivation for completing those won’t be resource-related as the game, at least on Normal, is surprisingly easy. Food that heals you is abundant, so you’ll always have (almost) unlimited health restoration, and money is practically everywhere. Extra XP for leveling is also mostly redundant, as main quests provide more than enough experience for you to meet every challenge with ease. 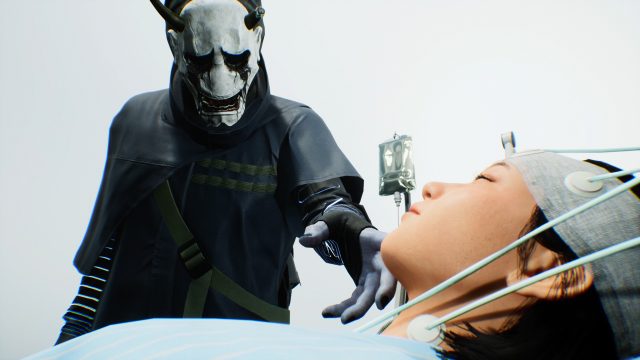 Ghostwire: Tokyo has a relatively short running time. It took me less than ten hours to finish the main story, but I had ignored most side quests after the first couple of chapters. The quality of the narrative varies wildly. The Akito and KK dynamic are really good, and their relationship outgrows initial confusion and conflict, becoming a functional partnership near the end. The main villain and supporting cast, however, are greatly sidelined. Their stories aren’t realized properly, and the same goes for Mari, Akito’s sister. She is supposed to fuel his every effort but exists only in the form of a meek plot device, sharing only bits of their history near the end of the game.

It all feels like a missed opportunity. Developers went to great lengths to define and refine particular visual and narrative styles and develop exciting and kinetic combat, only to abruptly stop halfway. Ghostwire: Tokyo deserved to be great. Shame it’s only OK.